The Honda Grom is a 125cc single cylinder air cooled road legal motorcycle. It is classified as a "Monkey Bike".

The Honda Grom has been available in Asian markets, known as the MSX125, for several years but has just been made available in the United States market in 2013.

What is a Monkey Bike?

A Monkey Bike is a small low-powered motorcycle introduced by Honda in the 1960s. The first Monkey Bike was introduced at Tama Tech a Honda owned motor sports themed amusement park in Tokyo Japan. 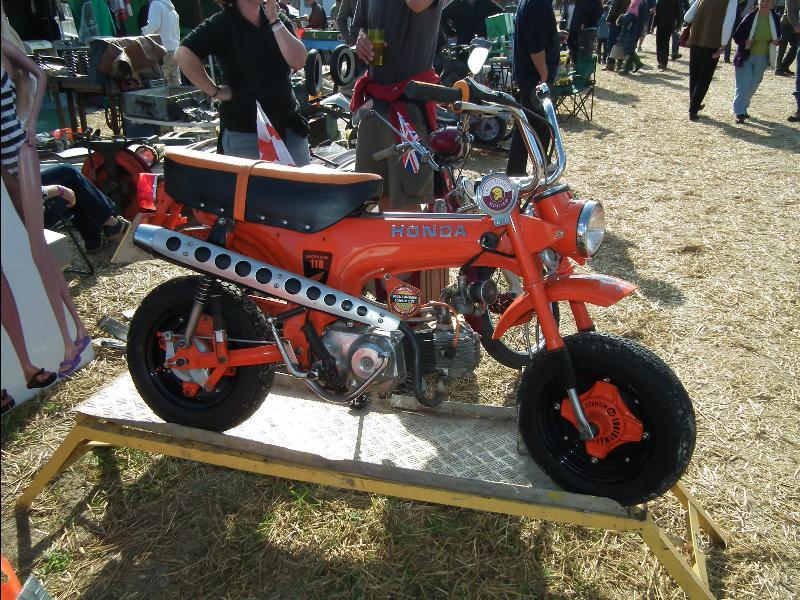 The first Monkey Bike, the Z100, was only available in Japan. You can think of the Z100 as the great grandfather of the Honda Grom! 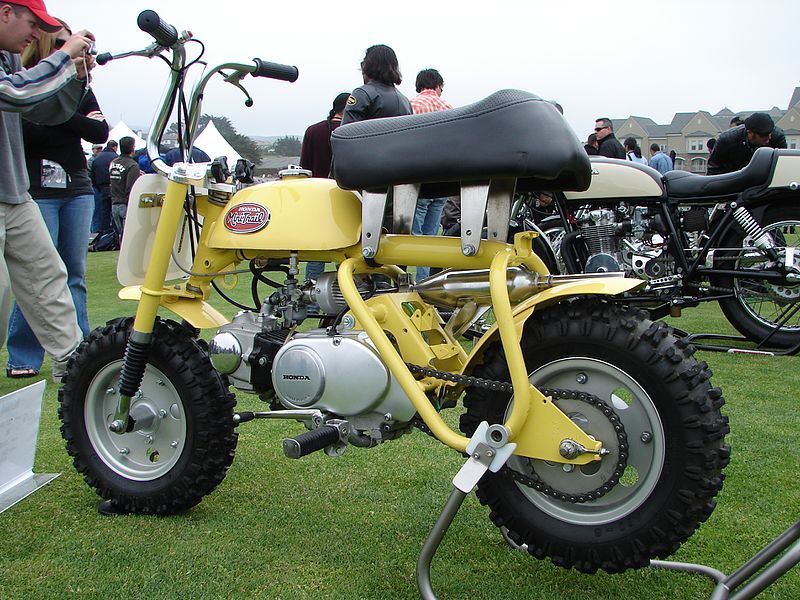 The Monkey Bike invades the USA!

The first Monkey Bike to grace my homeland, the United States, was the Honda Z50A in 1968. It was not street legal as it lacked turn signals, mirrors, or brakes lights. 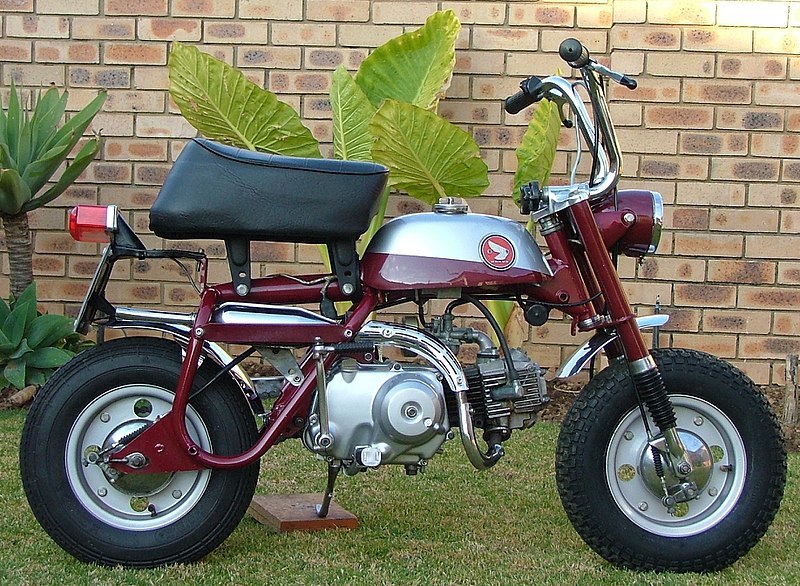 I have been riding motorcycles for over 15 years. As a new rider it was pounded in my head by other motorcycle enthusiasts that "Anything less than 600cc is a waste". I have owned everything from a 1978 Goldwing (1000cc) to a 1998 Honda CBR (600cc).

This little Honda Grom with it's 125cc engine has given me as much if not more enjoyment than the other motorcycles I owned. Would I take the Honda Grom on the highway?

Probably not, and it some states it might be illegal as they have enacted laws with minimum cc requirements. For around town the Honda Grom is a blast.

Due to it's small wheels you actually feel like you are going much faster than you really are (going).

Honda realizes that it needs to focus on promoting motor sports and to get first time buyers buyers or buyers who are returning to the market such as myself.

To meet this challenge, Honda is pricing several of it's motorcycles under $8,000 and is offering low APR financing. Honda realizes that these entry level riders will be back wanting a bigger or more powerful motorcycle in the near future and they might choose Honda if they have already had a good experience.

I have owned motorcycles from all major Japanese motorcycle manufacturers (Honda, Kawasaki, Suzuki, Yamaha) with as least several motorcycles in my stables at any given time.

But none of these previous bikes I owned has plastered a bigger smile on my face then this little Honda Grom! First of all, the seat height is comparable to most sport bikes and was comfortable for someone with my body build (180 pounds) and height (5,8) to ride.

The riding position is more erect like if you were riding a standard. The Honda Grom sports 12 inch wheels with 120/70-12 tires on the front and 130/70-12 in the back. These wheels coupled to inverted forks in the front and a monoshock in the back did a fair job of smoothing out bumps in the road.

Honda does not post the horsepower of the Honda Grom on their Powersports site but I have searched the Internet and most sources agree that the air cooled single cylinder four stroke engine produces about 10 horsepower stock.

The fuel injection system always produces the proper fuel/air mixture and I never had a starting issue no matter how hot or cold the day.

The motor has never sputtered during normal operation and I always feel like I am getting the full 10 horsepower out of the engine. Braking has been superior, the single disc brakes with dual calpers in the front and single in the back are firm but not "grabby".

The four speed transmission produces precision shifts with no issues like slipping out of gear. The digital instrument cluster is wonderful, what you would expect from a much more expensive motorcycle.

Did I mention the front projection lamp and rear LED brake lights that look oh so cool? I can't wait to see what aftermarket accessories will be available for this motorcycle in the near future!