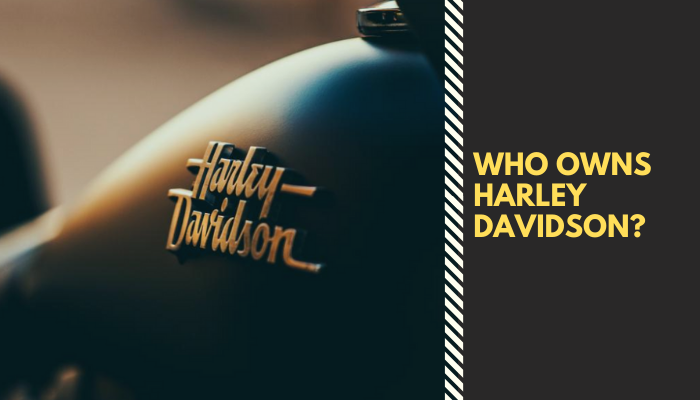 Harley-Davidson has a broad history behind it, and the name bears a part of it! Being able to survive the Great Depression and succeed throughout the years made Harley-Davidson a loving brand amongst people.

But who founded this lucrative motorcycle business, and who are the owners now as of 2021? Is the name Harley-Davidson mean it was founded by two people named Harley and Davidson? Here are the answers:

Currently, Harley-Davidson is owned by Harley-Davidson Motor Company Group, Inc. It is a large automotive company with over 5,000 employees. It was founded in 1903 and has its headquarters at Milwaukee in WI.

The company does not have a single individual owner. It is a public company with shareholders managed by its directors. Before going public, the company’s ownership was amongst the families of the founders.

In 2020’s August, the brand performs a proposed overhaul, which was called “The Rewire.” This program was done to lay off over 500 people worldwide and reduce 14 percent of its workforce. This led to the elimination of 700 jobs. According to the CEO, this was done for the company to move in new directions.

Harley-Davidson was founded in 1903, over a hundred years ago, by a group of brothers and their friends. The innovation of this company has become a story of the American dream and success.

Although the founders of Harley are now at peace, their legacy still lives on as Harley’s motorcycles will always remain the core of bike-lovers in the US and around the world. Here are the four founders of Harley-Davidson.

Coming up with the idea for the motorcycles, Harley was the chief engineer. His idea, which was one of the founding pillars of the current Harley-Davidson motorcycles, first emerged when he was employed at Barth Manufacturing Company.

By 1909, Harley was able to create a two-cylinder engine after the completion of the first models. He also was pursuing a mechanical engineering degree alongside working at the company.

He finally received it in 1907! Harley remained the chief engineer of Harley-Davidson since the start of the company and until his death in 1943. He is forever remembered at the Motorcycle Hall of Fame due to his contribution to H-D.

The youngest of the Davidson brothers, Arthur Davidson, was the first secretary and general sales manager of Harley-Davidson. Arthur’s work was the reason why police, the military, and USPS started using Harley motorcycles.

Not only was he one of the first individuals behind the foundation of the brand but also the primary reason why the company gained so much fame!

Arthur and Harley were friends who shared a similar love for motorcycles. He was behind the start of Harley-Davidson service school, which trained mechanics.

Arthur was a respected figure in the American Motorcyclist Association and still remains! His death was a tragic one as Arthur and his spouse died in a car crash at the age of 69. Luckily, their three children survived!

Even though William Bill Davidson had a well-paying job at the Milwaukee Road railroad, he quit it for the purpose of joining his brothers and being one of the founders of Harley-Davidson. Bill was the work manager of the company and he managed essential tools for manufacturing.

Bill was close with the employees of the company, which helped greatly as his supervision helped everything to run smoothly.

William was known for being very generous, and his legacy lived on even after his death in 1937. William G. Davidson, Bill’s son, soon became the President of Harley.

Known for building the first-ever bike of Harley-Davidson; Walter was interested in bikes and racing since he was a kid. Walter was the first President and General Manager of the company and was responsible for talking with stockholders and keep the company going! He joined his brother and Harley to finish the first-ever batch of motorcycles from the brand.

Walter’s passion for racing led him to win several races in his life. A mentionable win would be the 1908 Federation of American Motorcyclists run. He remained president until his death on February 7, 1942.

A few men with the names of Harley and Davidson were able to create history and an everlasting brand that has been living on for over a century! There have been many difficulties the brand faced but the bikes they produced were able to provide the quality people wanted.

After being public, we are still expecting Harley to live on and keep producing quality motorcycles with newer inventions! H-D generated over 4 billion dollars of revenue over the last year. Even though the hype for the brand has slowed down over the years, it is still living on!