Crashing on a Motorcycle! How To Save Yourself

There is an old saying that there are two kinds of bikers, those that have been down, and those that haven't yet. I've been very lucky in my thirty-five years as a p-pad passenger since I've only hit the pavement twice. I never was seriously injured, just a little "road rash." This is the story of my first time crashing. 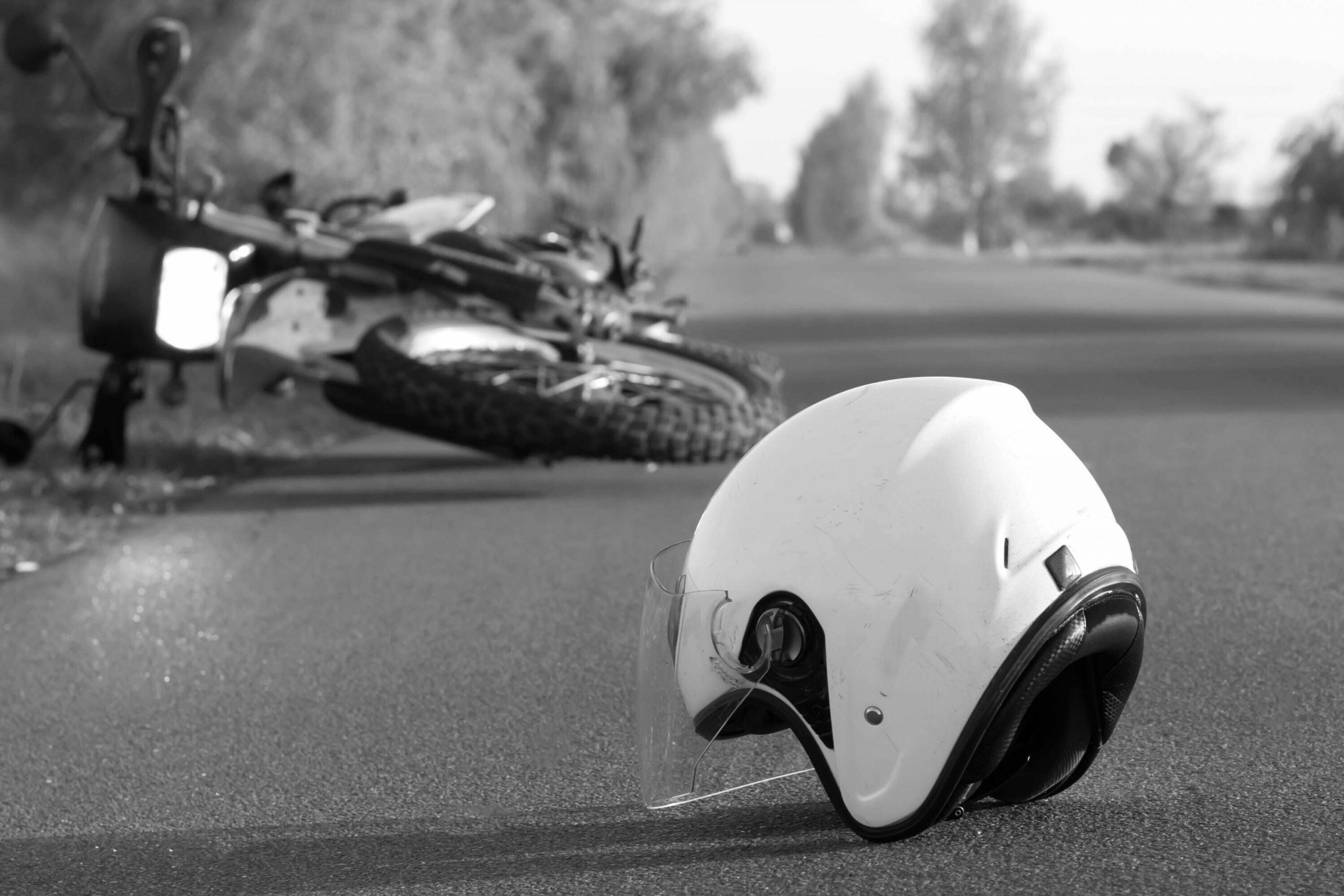 The first time I was on a bike that went down, was in 1987. The old man and I were coming back home from a long weekend on his 1947 Knucklehead. We were riding a mountain road a couple of miles south of the tiny California town of Downieville.

As we leaned into the first curve on a long switchback, I became aware that my right hand was scraping along the pavement. The old man says that we hit some pebbles in the road; all I know is that we laid it down and were sliding at about sixty miles per hour on the right side of the bike. Luckily for us, our path was unimpeded and we had plenty of room to slide.

Time seemed to slow down, and he looked at me and asked me if I was OK. I just said, "we'll see." I had climbed up on top of the bike to get my skin off the road. As the friction from the pavement slowed our slide, we were approaching the side of the road and headed right for a signpost.

I kicked myself off the bike and landed on my butt on the road. By the time he and the bike hit that post they were going slow enough that it didn't hurt, in fact, it was a good thing because it stopped them from going off the cliff. 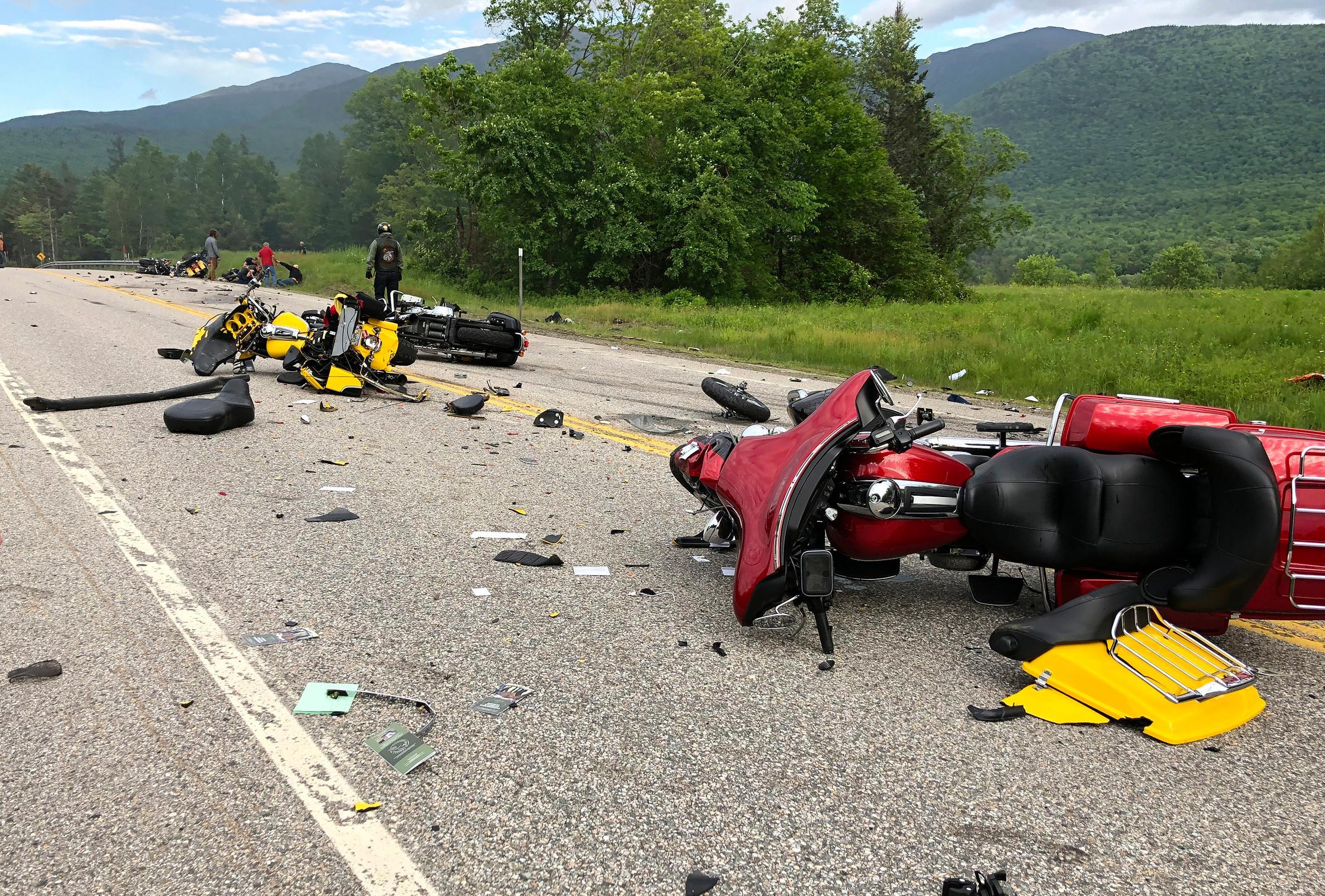 When the dust cleared, we both stood up, and after a quick check to make sure that I was OK he went to pick up the bike. The bike had sustained only minor scrapes. The old man had more road rash than I, as his leg had been between the bike and the road. His forearm was pretty skinned up, and so was his leg. I lost quite a bit of flesh off my right palm and had a skinned knee but I was in good shape considering the circumstances.

The old Knucklehead fired right up on the first kick and we rode home.

Leathers Can Save Your Skin

If it's too hot out and you really can't tolerate leathers, at least wear a good tough pair of jeans. It really makes me shudder when I see people riding in shorts. The more you have between you and the road the better. A good pair of jeans save my butt one time, literally.

Helmets and the Law

Neither of us was wearing a helmet at the time we crashed. That was before there was a helmet law in California. Luckily we didn't hit our heads.

The current universal helmet law took effect in California on January 1st, 1992. Now California is one of the 19 states that require all motorcycle riders and passengers to wear a DOT-approved helmet while riding. I really didn't like it at first, but I got used to it.

The states that have this type of universal helmet laws:

There are 28 other states that require a helmet for certain riders, for example, those under a specified age or with a minimum amount of insurance coverage. Some states require helmets unless the rider has passed certain types of training or they have had a specified number of years of riding experience.

There are 3 states that have no motorcycle helmet law on the books:

Should Those Who Ride Decide?

When the helmet law first passed in California it was hugely controversial among motorcycle enthusiasts. Many riders felt, and many still feel, that they should have the right to decide whether to wear a helmet or not.

My own husband was so disgruntled about it that he changed his 1947 Knucklehead chopper back to a stock bike. He called it the Peewee Herman look, and said if he was going to look like a dork his bike might as well look like one too. I always liked the look of the stock bike though, and it's way more comfortable to ride than the chopper ever was.

Should You Wear a Helmet?

Most people think this is a no brainer. However, Bikers Rights Groups say that helmet safety statistics are skewed and that although head injuries are reduced with the use of a helmet, neck injuries are increased, and the overall effect on mortality in the event of an accident is no different whether the rider is wearing a helmet or not.

I have mixed feelings on the matter and admit that when I'm passing through a state where a helmet is not required by law, I usually take advantage of the situation and remove my helmet. However, I tend to think optimistically, if I knew for a fact that I was going to crash, I think I would prefer to be wearing it.

Get Some Tough Boots

When you're on a motorcycle, your boots are very important. You need something that's comfortable and easy for you to maneuver in, and that is tough and protective and supports your ankle. What they look like is not nearly so important. I really prefer a boot that laces up.