Anyone Recommend Motorcycling As A Hobby – Is It Worth?

Riding motorcycles has been my hobby for more than half of my life. Spills and the odd injury are part of what this lifestyle is all about. But to go contrary to the beliefs of many, "Real Bikers have scars, not tattoos."

I write you now about this as I know there are many closet enthusiasts that maybe just need a little push to get them out on their first ride. Let me show you what motorcycling is all about.

My Early Days of Motorcycling

If I Only Could Have Known Now What I Learned Then

The death of my Father in 1977 set me on my own road, in many ways. Though I was an avid archer, cyclist, musician, and all of these are part of me today, I had a passion for machines, including motorcycles and homebuilt airplanes. But, in real terms, I knew that at least one of my dreams was within my grasp, and that was motorcycles. 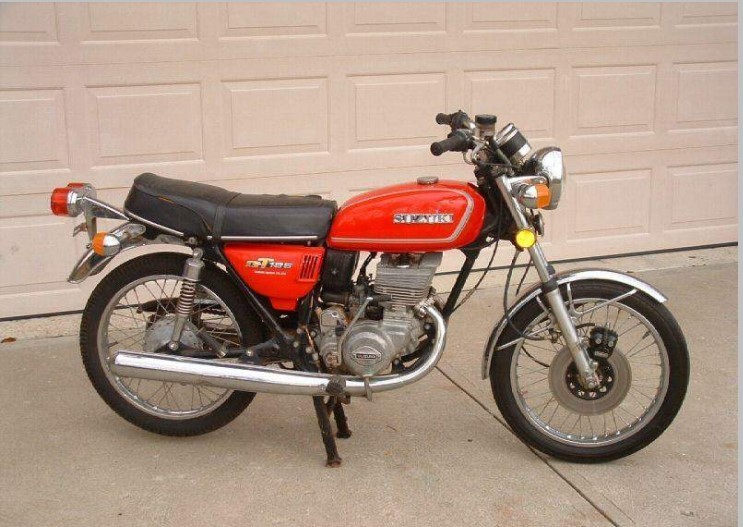 There was a Honda dealer just a few doors down the street from where I was working at the time and I began to visit a few times a week. I was new at this and needed to acclimatize myself to this new world of engines on two wheels. But I finally decided on a small 1975 Suzuki 185GT Two Stroke Bike as my first ride.

I did not even have my license for motorcycles yet but had two weeks with my new bike to learn enough to get myself to the License Centre, ride a block down the road, turn around and return without falling over.

Today, you need to go to a college course that puts you through several weeks of growing your riding technique and abilities as well as improving your confidence in riding a motorcycle, not exactly like a bicycle.

I had a great Summer that year. Riding helped me to make my peace with my Father's passing and realizing that he will never be far from me when I need him. Short trips around town were the first layer of my learning. 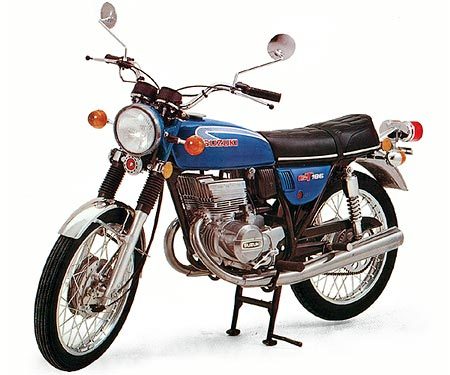 Then, I went to nearby towns, nothing more than a half hour's ride. All was well. The next season, I wanted to travel. I had never really had my bike out on the open road for an extended amount of time so I wanted to see what was possible.

A trip to Georgian Bay, a two hour drive was in order. The trip itself was fantastic. The ride was not. Two-stroke engines operate at high RPM's, (revolutions per minute), and this made for a pretty rough ride, a lot of vibration. Road running had to be better than this.

Going back to the dealer, we discussed this problem, and the change out of the 185cc two stroke for a larger 4 stroke engine was in order.

”     Only Motorcyclists Understand Why Dogs Hang Their Heads Out the Car Window.     ”

So, with the decision that the 185GT, was not going to work for me, the hunt was on for a new bike. And the hunt did not take very long. Suzuki had produced a 4 cylinder, 4 stroke engine much larger engine than my first one. 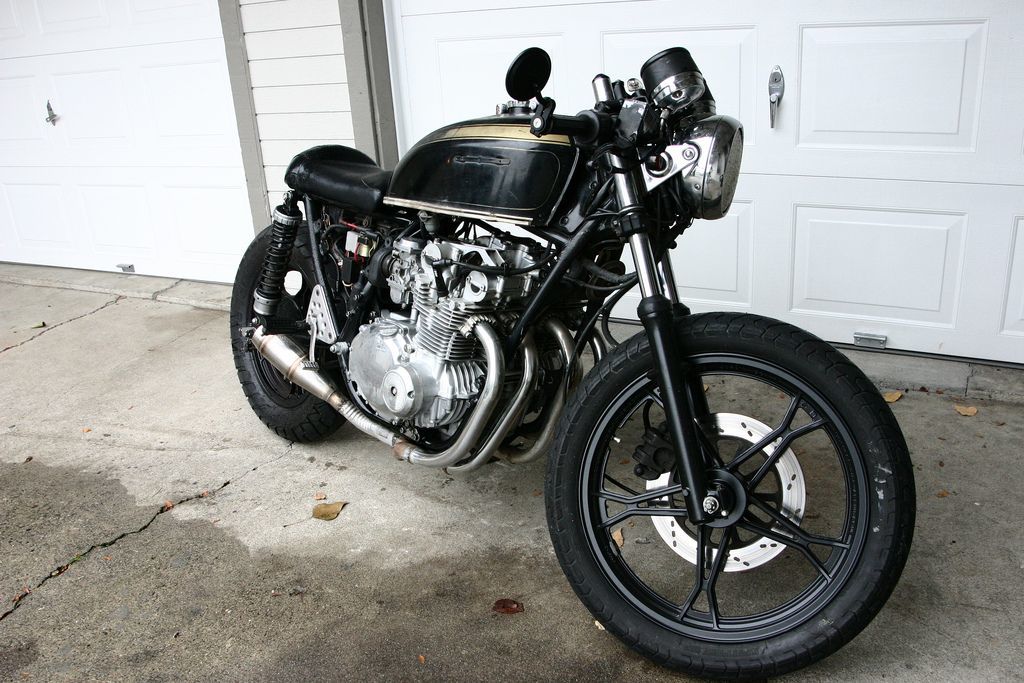 It was a 1980 Suzuki GS550C (550 cc) six speed road bike. I threw a passenger backrest and rear rack and a Vettor Windjammer on it and I was ready for the road.

I put over 20,000 miles on that bike over 5 years, a lot of great trips, all over the province. But I still have that one big trip still left on my bucket list, circumnavigating North America.

In the late 80's I met my ex and that changed life a lot. Hey, it was good for most of the time but one of the things I was not able to do was continue to ride. Perhaps that had a lot to do with my mental state through the next decade. We separated and divorced in the mid '90s and I had to rebuild my life. It took most of the next decade to get myself organized and the desire to ride had never disappeared.

By the time I was ready for a new bike, I started looking for the same bike I had left behind. But let's face it. That old bike was going to be ancient. I needed something up to date. But, they do not build bikes like that anymore. 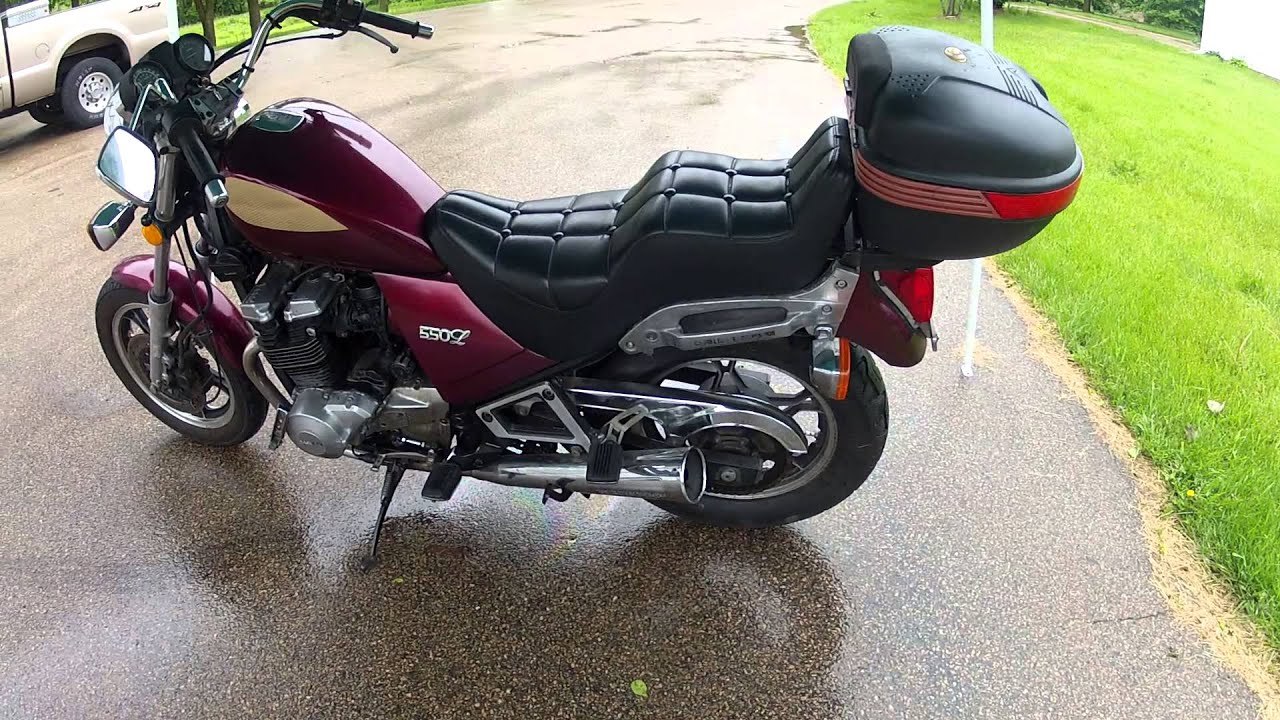 However, I found an updated model, fashioned into a cruiser style. It was the 1985 Suzuki GS550LF. Ya, I know, 4 years newer than my last bike, but it was a great, affordable price and the insurance was pretty good too.

But, though it was a good bike, I rode it for two years before realizing that parts were becoming a bit hard to find. It was time to upgrade yet again.

For me, it was my Fifties

I was ready for a great bike, something to force me to grow and ride more often, to more places. Again on the hunt, I found a bike that I liked, but it was being sold in Toronto through a shop.

They were going to send it to a Spring Motorcycle show the weekend I was hoping to see it so, I HAD to go to the Show. Honestly, though, it was the only bike I liked that was within my budget. I bought it at the Show and picked it up a week later with the help of a friend and his trailer.

As much as I loved this bike, I saw a lot of grief with it. Three weeks after I bought it, I was on my very first organized ride with a local riding group. I was leading the right line with six riders behind me.

About a half hour into the ride, a very large German Shepherd ran out from a farmhouse with a bunch of little girls screaming for it to stop. He was not chasing me. He was focused on the Road Captain, about 15 yards ahead and to the left of me, leading the left line.

The dog ran right in front of me and there was little I could do but hold on. At 50 mph, I hit that dog mid-body. The impact came up through the wheel and handlebars and mostly into my left hand and transferred into my wrist.

The arm bone on the thumb side was shattered and the other bone, the one where you have those little nubs that stick out/ Both of mine sheared off and are floating inside me somewhere.

The insurance company took pretty good care of me and the bike. In a month, it was back and ready to go, but I was not. It took three months for me to heal and the result was not pretty. They had to use an external cast to offer me the best chance for good results but it did not work. You can pull your hands back nearly to 90 degrees from your arm. I can extend to about 15 degrees. The whole wrist and fingers are affected.

Two years later, on my way to work one morning, I was rear ended by a budding accountant, on her way to her CMA exam. She was late. I ended up with two broken fingers, a partially dislocated bicep, and a messed up shoulder that will never heal right. The bike was written off as the impact was sufficient to break a weld on the frame. My baby was not coming back from this one, though I would.

My New Bike - I Will Ride Till I Rot

I had found a new 750 but it was not a Deluxe and would never be my old bike. I had to find something new. Harley Davidsons, for me, is a waste of money. They are overpriced for what you get and the maintenance on them leaves a lot to be desired.

But I decided that I would take a look. The local dealer had a lot to choose from but I was still sticking to a budget. Trying a Sportster was all I wanted to do. Sitting on one was enough for me. It felt like I was straddling a 10 speed bike. Done. Never going back to that option. 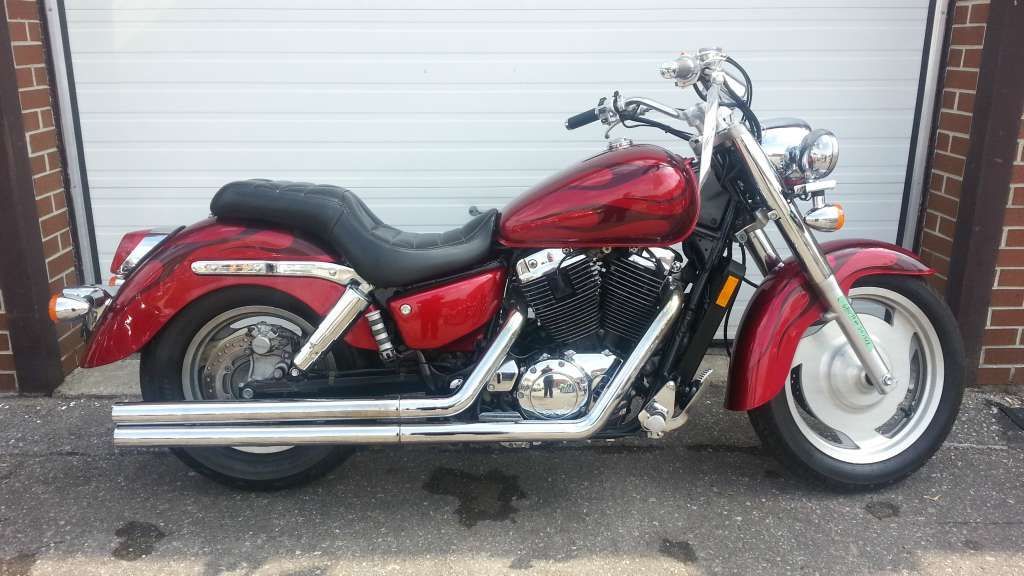 Looking over his used stock in a back barn, I found a nice, red Honda Sabre, also a 750. But by the time I got back to negotiate a deal on it, he had sold it. But, he said he had another bike coming on from another dealer not far from us, that I would like, but it would not be in for a few days. Well, it was worth the wait. A 2007 Kawasaki Vulcan 900 Custom, in beautiful condition and only 3,600 km on it in three years, barely broken in.

This has been my bike since that day. And I got an incredible bargain too.

But, What About Long Trips? You need a trailer

With next to an engineering degree, I have not been the traditional gal. I seem to be happiest when I have a project on the go. It would be great to have something that could be easily built but not too complicated either. Fancy designs usually mean higher costs. While playing around with a few trailer design ideas, I found that someone in the USA had designed and built a neat little one wheeled trailer using a plastic car topper for a body.

It is called the, "ScubaDave One Wheel Trailer." The plans were free. I found a friend who could build it for me. All I needed to do was supply the parts. The total cost was less than $1,000.00. It now gives me about 8 cu ft of space to carry anything I need to camp or to cover my trip around the continent.