What’s the Difference Between MotoGP and World Superbike Racing?

The casual observer would be hard-pressed to tell the difference between a MotoGP race and a World Superbike race. Both series have races between high-powered, large-displacement motorcycles with aerodynamic bodywork.

Both series are contested by riders that seem to defy the laws of physics as they lean their motorcycles over to seemingly impossible lean angles, dragging their knees (and sometimes elbows) on the track.

They even run races at some of the same venues during the season. As an incurable fan of many classes of motorcycle racing and the fact I think it's the most exciting sport on the planet, I will try to help some of you notice some of the differences and hopefully graduate to being actual fans. 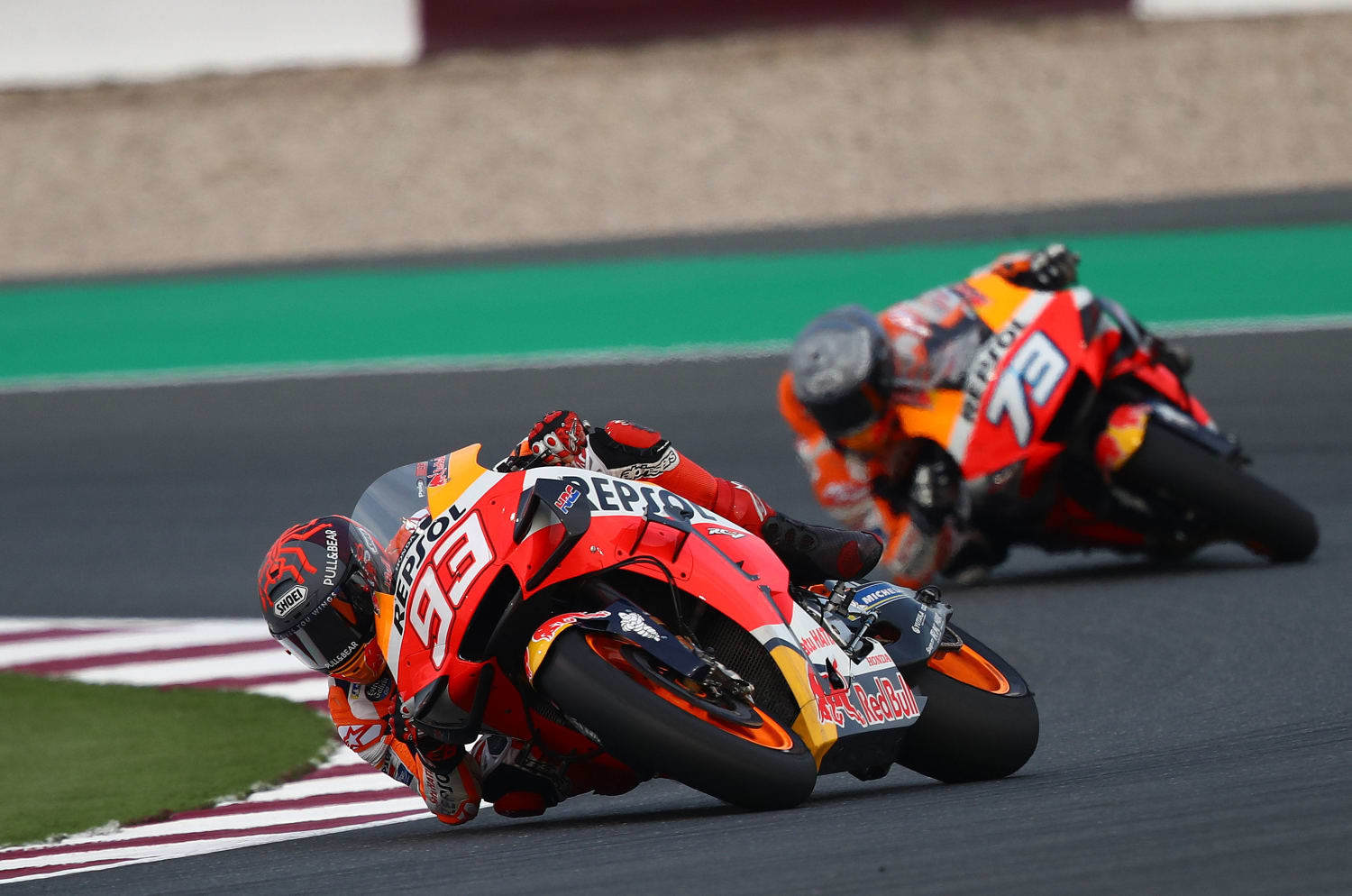 The best way to think of MotoGP is that it is to motorcycles what Formula One is to cars: they are purpose-built racing machines. You cannot buy a MotoGP bike at your local dealer at any price since they are prototypes specifically designed for racing at the highest level.

Besides, they would cost upwards of $1 million! Actually, the exorbitant price of these bikes is a subject for another article entirely. But, MotoGP enjoys the status of the premier class of motorcycle road racing.

Superbikes, on the other hand, are based on production motorcycle models that are available for sale to the general public. For example, the Ducati 1198, Honda CBR1000RR, Suzuki GSX-R 1000, etc., are models of motorcycles eligible for competition in the World Superbike (WSBK) series.

To be eligible, the manufacturer must produce a certain number of units of the related production model and have them on sale to the public. These superbikes are modified for racing with increased horsepower engines, racing suspensions, ultra light carbon fiber bodywork, higher mounted adjustable foot pegs for increased lean angles and a whole host of other parts that enable them to be finely tuned to the demands of the particular track being raced at on a given weekend. 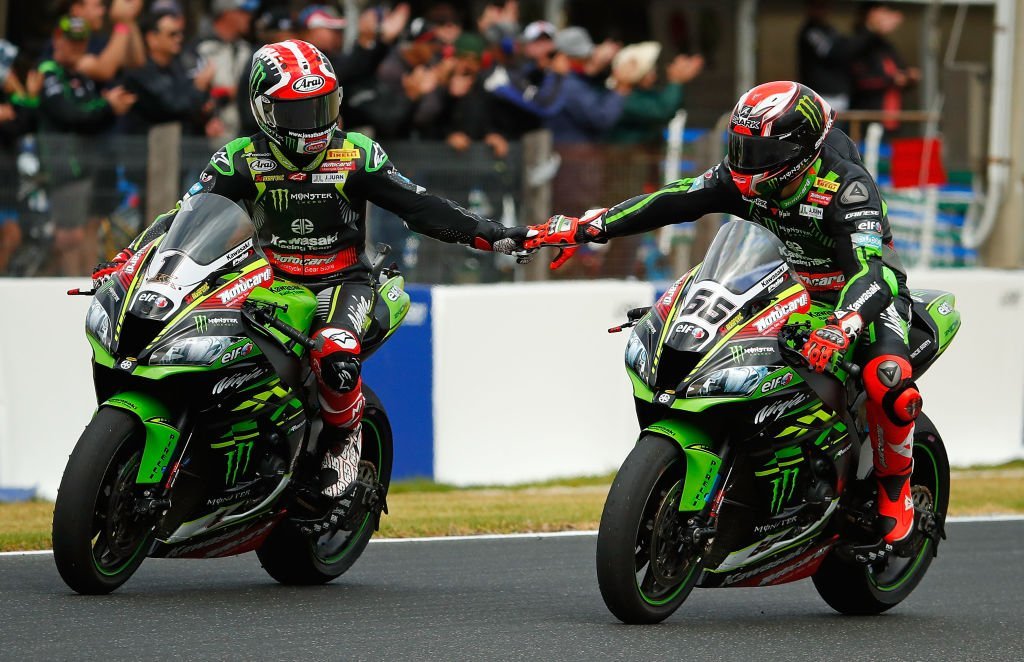 Are Two Races Better Than One?

Prototype vs production-based is the most fundamental difference between the two series. Another is in the way each of their race weekends is structured. MotoGP race weekends feature practice and qualifying sessions leading up to a single race on Sunday.

World Superbikes have a similar routine, but they have two races on Sunday with just a few hours between them so racers can make adjustments to their bikes and try again. It can make for an exciting "double win" or "doing the double" when a rider is able to come first in both races.

Motorcycle road racing is a pretty strenuous activity, both physically and mentally, so racing twice in a day as the WSBK racers do is pretty amazing.

Taking a closer look at the brakes in the different classes is very interesting. Both MotoGP and World Superbikes have disc brakes, but Moto GP uses super-expensive carbon-carbon disc brakes, while SBK uses stainless steel discs.

The carbon rotors give MotoGP incredible braking force which enables the machines to brake later for corners and that translates to faster lap times. Of course, this comes at a price, with carbon braking systems said to cost upwards of 200,000 euros per season for a single rider! And they lose their effectiveness when they get wet, so on rainy race weekends, they fit more traditional stainless steel systems.

Differences Between MotoGP and World Superbike at a Glance:

Both MotoGP and WSBK have lower classes of motorcycles racing during the weekend, referred to as "support" classes. These are typically smaller-displacement (read: slower) motorcycles rode by lesser qualified (i.e. younger, less experienced, or let's be honest, less skilled) riders. There is still a lot of great racing action in the support classes.

In the MotoGP World Championship, there are two main support classes: Moto2 and, new for 2012, Moto3. Neither support class is as descriptive as their predecessors of 250 cc and 125 cc respectively. But, those classes were two-stroke motorcycles, and with their reputation as not being very environmentally friendly, and having no ties to current production technology, they have yielded to the four-stroke Moto2 and Moto3 series.

Moto2 has identically prepared 600 cc engines currently based on Honda's CBR600RR inline 4-cylinder production engine, while the new-for-2012 Moto3 class is made up of 250 cc single-cylinder engines from a variety of manufacturers. Yes, I realize that supposedly prototype motorcycles with production-derived engines are kind of blurring the line between the two camps, but that is the current state of things.

Over in the production-based WSBK championship, the top support class is the World Supersport class, where 600 cc 4-cylinders and 750 cc for engines with fewer cylinders. These race bikes are to their production parents what the superbikes are to theirs, except they are required to wear street-legal tires (i.e. no racing slicks allowed).

In addition to this, the WBSK series has had various other support classes with bikes closer to stock, currently referred to as Superstock classes. As the title suggests, these are closer to stock production motorcycles than the World Supersport machines.

In a Carbon Fiber Nutshell

It may be difficult for the uninitiated to tell the difference between a MotoGP race and a WSBK race, but then again, my mom doesn't have any idea what the difference is between a NASCAR Cup car and one from the Grand National series.

Heck, I'm not sure I do! But, I think giving both MotoGP and WSBK some attention will be worthwhile to any motorsports fan. As you see them and learn more about them, the differences are amplified and subtleties play into the drama of the best racers in the world competing for the top step of the podium and the title of World Champion.